Is skinhead fashion making a comeback in 2022? 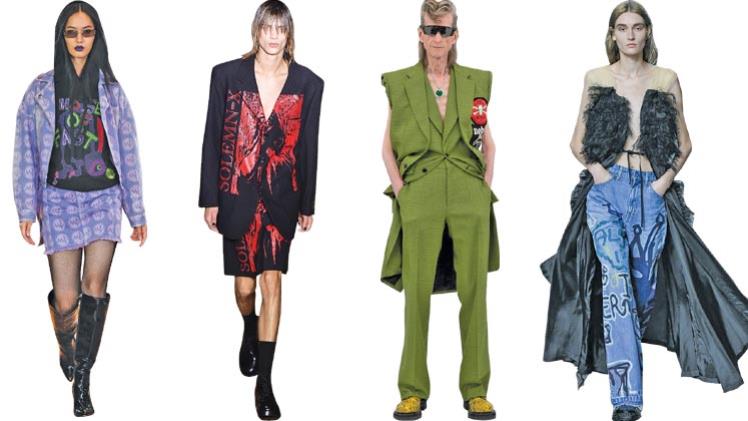 Skinhead fashion was possibly the most iconic youth movement that Britain has experienced. It began in the 1960s, with shorter hair, big buckles and long sideburns, and the working class individuals took to the streets with their stylish fashion.

Before we go into the possible comeback of skinhead fashion and the influences it has made on modern fashion, let’s have a refresh on what it consists of. A classic skinhead was categorised in the ‘60s by wearing heavy boots and a buzz cut. This later evolved to wearing polo shirts by brands such as Ben Sherman and Fred Perry with v-neck sweaters or cardigan sweaters. The premise surrounding the style was to dress fashionably, however to also wear clothing that was robust and wouldn’t be spoiled if the wearer ended up in a fight or brawl.

In the late 1970s and early 1980s, a revival was seen in skinhead fashion and culture. It began with the introduction of punk rock, youth reacted to the commercialism of punk rock by reintroducing the classic skinhead look with shorter hair and higher boots. However, there were more traditional skinheads that preferred the mod inspired look. It was in this second wave, that skinhead fashion made its way out of the United Kingdom and expanded to Europe and the United States. It was also argued by parts of the skinhead community that this revival was more of a response to specific societal circumstances and less of a fashion movement. It attempted to recapture a sense of solidarity amongst the working class.

There are many influences in modern day fashion that can be traced back to skinhead culture. Flight and harrington jackets are just one example of how the style has been passed down generation. Harrington jackets are very much still in production and circulation in the fashion industry. Another example of skinhead influence of modern fashion are Doc Marten boots. Doc Martens are still one of the biggest brands for chunky shoewear, they’re very much popular today and circle in and out of fashion every few cycles.

2021 saw the comeback of chunky combat boots, with even more fashion in 2022 having subtle punk influences. The revival of punk style is linked to the feeling of being free, and suggests that elements of skinhead fashion are also coming back. This can be confirmed by looking at previous fashion cycles, in 2016 Gosha Rubchinskiy famously brought back punk and skinhead fashion through his fashion shows. The pieces featured retro inspired sportswear coupled with crewcuts, echoing the style of the first and second waves of skinhead fashion. The styles of Gosha’s models quickly trickled down into modern culture as the buzzcut was officially back. As we know, fashion comes in cycles, and all the subtle up and coming styles are pointing towards a sure comeback in parts of skinhead style, if not the whole look.

Skinhead fashion has so many elements and diverse looks, all centred around the feeling of belonging to a culture and community. Some of these styles had such a strong influence that they never went out of fashion. Keep an eye on the trends for 2022 as all signs are signalling a comeback for a skinhead fashion revival.