There are many consequences that you may face if you get arrested for driving under the influence. These consequences mostly depend on the state you live in or were arrested in. Therefore, it will be vital to know what could happen if you are arrested for a DUI offense.

This will make it easy for you to know the steps you can take after getting arrested. Also, knowing what lies ahead might deter you from attempting to drive under the influence. In this article, we’ll explore all you need to know about this conviction and why you need DUI lawyers.

Here’s what you should know:

What is a DUI?

DUI is an abbreviation for “driving under the influence” It is an offense to drive or operate machinery while intoxicated. Many people think DUI offenses are only about alcohol, but they also include other drugs. You’ll get arrested for DUI if alcohol or a drug makes driving unsafe.

It is important to understand the laws of your state or any state you are visiting. As we stated earlier, DUI laws vary, so you need to know your state’s legal limit. That will make it easier to ensure your blood alcohol content is within the limits and you don’t get arrested for DUI.

You won’t have to worry about getting arrested for DUI if you stay within the limits. If you think that you have been wrongly convicted, there are DUI lawyers who can help you. Filing a claim and pleading your innocence will help ensure you don’t face the consequences.

What Happens After DUI Prosecution

We have provided a little background on what DUI cases are and how they come up. The next step will be to look at the aftermath of a DUI prosecution. This section will explore the various consequences you may face if you are arrested and even prosecuted for a DUI.

This is one of the worst things that can happen to you after a DUI lawsuit. Losing a license means you won’t be able to drive for some time. Even if you are allowed to do so, the law will still curtail your freedom by issuing a hardship license that comes with limited privileges.

However, some states might not issue you a hardship license. This is especially true if you decline to take a blood or field sobriety test. You could end up relying on friends and family to move around. This will however come with some guilt of being a burden to others.

There are minimum and maximum fines set for people convicted of DUI in different states. If you have been convicted, a fine or several fines may be part of your sentence. The total amount you pay as a fine will depend on your DUI lawsuit and how successful your DUI lawyers will be.

Sometimes these fines can go beyond the maximums set by states. This happens if there’s massive property damage, injuries, etc. But you might also be wrongly convicted and fined. You can work with DUI defense lawyers to have the DUI cases dismissed and the fine refunded.

Serving probation is common with people convicted of DUI offenses. If you escape a jail term, then you could end up on probation. The sentencing judge will determine the probation terms based on your case. If you don’t meet the set terms, then you risk going to jail.

Every state has unique probation terms, especially when it comes to the length of probation. It will be vital to also know the number of DUI cases that will amount to a felony in your state. In some states, like New York, a DUI case will become a felony after the third conviction.

This is perhaps the most dreaded consequence for many people. Serving a jail term can have a massive impact on someone’s life. You’ll waste time behind bars, and your career, criminal record, and other aspects of your life will be impacted. This makes it vital to avoid jail terms.

However, most states are now making jail terms mandatory. You may get slapped with one even if you are a first-time offender. If you are a repeat offender, your jail term will end up being longer. DUI lawyers can help you reduce your jail term if they put up a strong defense.

Sometimes you might be convicted of a false DUI lawsuit. You might wonder how people get such DUI cases dismissed. The best way to do this is by undergoing an alcohol and drug education program. Also, undertaking an assessment to evaluate your alcohol intake helps.

The results of your assessment will determine what the next step you’ll take will be. For instance, you might have to take a court-approved alcohol treatment program. This will help you understand the impact alcohol has on your life and also come up with remedies.

Auto insurance can be expensive for anyone convicted of a DUI. Most states have a unique insurance cover for people convicted for such offenses. You will need to get SR-22 insurance to be able to drive again if you are found guilty of driving under the influence.

This insurance policy is a little bit more expensive than regular policies. Sometimes the premiums can be double or even triple, depending on the state. Also, you may have to carry this kind of auto insurance for up to three years, and the records could remain for a lifetime.

That’s all you need to know about DUI prosecution and how it comes about. This article has looked into the various consequences of a DUI prosecution. If you weren’t sure about what might happen if you get arrested and have to go through a DUI lawsuit, now you know.

This post has explored all you needed to know before hiring DUI lawyers. You now know the steps that will follow if you get prosecuted for a DUI offense. You also now know what you can do to ensure the consequences aren’t severe. These tips will help you get the results you need.

Can I Fire My Divorce Attorney and Represent Myself? 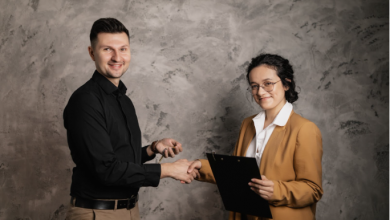 Why Do Personal Injury Claims Usually End In A Settlement?